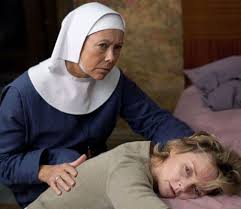 Can the Birth Plan. Pick the Right Provider.

Whether you have a C-section or any other procedure or medication in labor has little to do with your or your baby’s condition.

What happens to you depends almost entirely on your caregiver’s practice style and philosophy.

What kind of birth do you want?  Are you hoping for a natural birth?  If so, just fill out the “Birth Preferences” form your OB gives you, and you’re covered, right?  Wrong.

The wide acceptance of birth plans has given a false sense of agency to mothers who give birth in hospitals.  Doctors and hospitals know that modern women are educated consumers of health care and desire some control over their care.  In particular, moms are alarmed by run-away C-section rates and want to protect themselves from unnecessary surgery.  Many of them, in fact, desire a completely natural birth.  In response, providers have become more willing to discuss a mother’s birth preferences.

I’m sure that doctors are sincere when they agree to do their best to comply with the mother’s preferences.  But unless the birth you desire is the kind of medicine they already practice, don’t count on it.  If you are looking for mother-baby-centered care, rather than care that is doctor-hospital-centered, the birth plan will cover you about as much as a hospital gown.  Instead, choose the right provider in the right environment for you, and then let them do their job.

It isn’t that doctors intend to deceive.  It’s that saying, “If you’re a hammer, everything looks like a nail.”  The way they practice reflects what they honestly see.  Doctors, in the words of Robbie Davis-Floyd, are socialized to look for pathology.  It’s why you’re giving birth in the hospital in the first place, right?  “In case” something goes wrong?  Well, what you look for, you tend to find.

Doctors don’t intervene to spite the mother or her birth plan.  They intervene because in their judgment something should be done.  But what you need to know is that another practitioner would look at the same scenario and decide that nothing needed to be done.  Or they would “intervene” in a non-medical way, such as suggesting a walk, a position change, or offering words of encouragement.

The weight of the institution also plays a huge role in what happens during your birth.  Hospitals are institutions, in the dual sense of being the social authority and the physical structure.  Doctors are the officers of that institution.  We have been socialized from the earliest age to be patients within that institution:  we wait for them to see us; we slot ourselves into their organization; they wear special clothing and have special titles; we are awed by the physical structure itself, with all the people who support it and all the high-tech, expensive technology it contains and which the doctors know how to wield.  We pay dearly to be part of it.

So not only do doctors play their role as finders of pathology, we play ours, as patients.  When we park the car in the huge lot, walk the long distance into the double-doored atrium, consult the signs or the friendly receptionist for where to go and don the bare-bottom gown, we become smaller and smaller.  We begin asking permission.  We accept “no” for an answer (even if we know better).  We accept being told that something is “not allowed” (even when we know there’s no basis for it).  Surrounded by medicine and technology, unsure of ourselves and hypnotized by the institutional cues, we consent to the undoing of our own birth plans.

What To Do Instead.

You know this.  Every other time in your life you’ve hired someone for something important, you’ve done this.

Hire a birth attendant (midwife, family practice doctor, or obstetrician) who already practices the way you want to be treated.

Though this is simple advice, I know it may not necessarily be easy if no one within your insurance panel fits that bill.  If that’s the case, seriously consider paying out of pocket for a birth center or home birth midwife for these good reasons:

1. Care with these professionals is substantially less expensive than a hospital birth.  According to “Evidence-Based Maternity Care,” a report published by Childbirth Connection and the Milbank Foundation, out-of hospital vaginal birth averages $2,500, at least a portion of which is reimbursable under many insurance plans.  Compare that to an average of $7000 for a vaginal birth in hospital or $20,000 for a C-section, which may not be 100% covered.

2. It is just as safe as hospital birth – arguably safer, when you consider that interventions are much less likely to happen outside of the hospital.  Once interventions are introduced, more interventions become likely, including the C-section, which is not without risk.  According to the WHO, C-section rates above 10-15% actually increase rates of morbidity, or illness and dysfunction, rather than prevent it.  What a relief it would be to know you can trust your provider to intervene judiciously, rather than feel you have to be on your guard against unnecessary interventions.

3. Women vividly remember their births all their lives.  They particularly remember how they were treated during their births.  Ina May Gaskin says, “If a birthing woman doesn’t look like a goddess, someone isn’t treating her right.”

It’s time to can the birth plan and start putting our money were our values are.  When we choose maternity care providers whose practice aligns with our values, we tilt the economics of birth toward care that we want.  If enough families walk away from maternity care business-as-usual and put their money behind mother-baby-centered care, we incentivize change in the system.  We also put the responsibility for our care back where it belongs:  with us.  Parents, not patients.