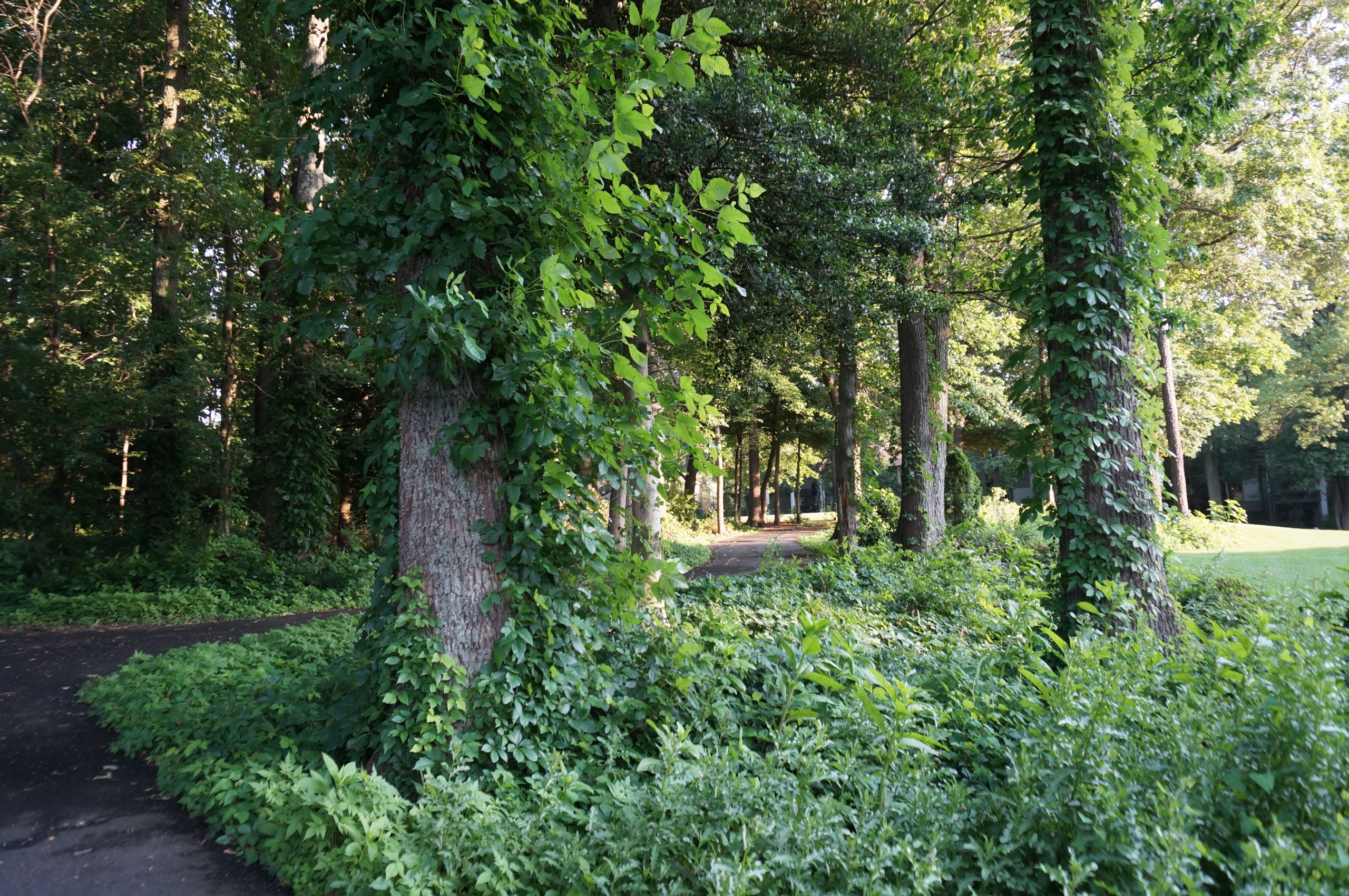 I Need You to Be Happy

Above: Vines may look pretty, but they strangle the tree.

My husband had a disappointment at work recently. He called me to tell me about it.

This kind of thing had happened before, though, so I thought he might not be hurt when it happened again. I hated that he was hurt, though, so I told him it meant nothing. “Just get over it,” I said.

His tone turned cold. “Thanks for the support,” he said and hung up.

My son was weeping at bedtime.

“Please, please, home school me. I’ll do anything you want. Just don’t make me go back to school!”

It was the night before school resumed after Spring Break. He’d just confessed that before the break he had been assigned two projects. He’d done no work on them, and they were both due in two days.

As I stroked his hair I angrily thought, “What kind of school gives 5th graders projects to do during vacation?” Though I have little desire to home school him, my mind raced to imagine how I could organize my work so that I could do it and put him out of his misery.

I have a friend who is a successful businesswoman. She goes to a lot of meetings and has deadlines, and so, when we lived in the same town, she would frequently cancel our play dates and ask me to babysit her kids at the last minute.

I am not successful the way she is, but I would like to be. I am a little in awe of her and don’t know what she sees in me. So when she canceled our dates I said I didn’t mind, even when I did. When she asked me to babysit I said yes, even when I didn’t want to.

What these scenarios have in common is my belief that, in order for me to be happy, I need these people – my husband, my son, and my friend – to be happy.

For me to be happy, I need my husband to be happy. So when he expressed negative emotions, I dismissed them (“Lalalalalala-I-can’t-hear-you!”) This hurt him further.

For me to be happy, I need my son to be happy. So when he told me school was making him miserable, I spent a week making myself miserable with painful thoughts: I’m a bad mom because I don’t want to home school him (a good mom would be up for the adventure); school is damaging him; I’m putting my desires above his needs.

For me to be happy, I needed to stay friends with my friend. To stay her friend, I needed to make her happy. So I kept saying yes until I felt so resentful that I broke off our friendship completely – but not until after we moved and I didn’t have to see her again. Rather than relieved, I felt ashamed of myself.

What about you? Can you relate to this? Have you ever dismissed someone’s emotions because you didn’t want them to feel that way? Have you ever felt guilty that your loved one was unhappy, and maybe you considered moving heaven and earth just to see them smile again? Have you ever said yes when you meant no because you wanted someone to like you?

One of the most beautiful experiences at the School for the Work was when someone would stand up to read their Judge Your Neighbor worksheet, and Katie would turn to us all and say, “Raise your hand if that’s ever been you.” A sea of hands went up, but only every single time.

So let’s do the Work together.

I would listen. I would hear the hurt in my husband’s voice and say, “You’re upset. I’m sorry.” I would let him talk rather than cutting him off.

I would hear the fear and self-doubt in my son’s pleading. Rather than buy into it and try to solve his problems for him, I would say, “How can I support you in completing these projects? Let’s focus on that.” I might invite him to remember other projects he’s completed and how they were actually kind of fun.

I would ask myself, “Am I really happy being this kind of friend? What would make this friendship more mutually-fulfilling?” I would say no when that was the honest answer. (I see that saying no just once or twice would probably would have eliminated many of the requests).

I would treat them all with more respect.

I don’t need them to be happy (in order for me to be happy). How is that truer than the original thought? Well, if they have an emotion and didn’t tell me about it, I would be fine. (That probably happens a lot). Even when I know their emotions, soon enough I have my own to deal with and theirs are displaced.

That’s the thing: feelings are transient. It feels so much more honest and free to allow all of them. I don’t like my feelings to be dismissed, or me to be pitied or managed. Why would I believe that my doing so to them would make them happy?

I need me to be happy. Well, if I don’t make that my job, then I’ll make it someone else’s, and then we have a muddle like the one I just described. “Eliminate the middleman,” Katie says. I’ll make myself happy, and I’ll let them be in charge of their own happiness.

With these turnarounds, I feel peaceful and free.  They are truer than the original thought.

You may be interested to know that I apologized to my husband. He said, “Wow. Thank you. All I’d wanted was some empathy.”

Through the Work I found peace about sending my son to school again next year (though we’ll be in a new place, and thus a new school), and I told him no to home schooling. He accepted gracefully. He also finished those projects (and more since) in good cheer and has generally had a buoyant attitude toward school. (Problems often dissolve this way after doing the Work).

I discovered the Work soon after breaking up with my friend, and we reconciled. I still find her fierce, but I’m not afraid of disappointing her anymore.  That’s made such a difference.  I like her more!

What about you? What did you find when you did the Work on your belief that, in order to be happy, you need your loved one to be happy?  Please share your story in the comments!