Q: I’m pregnant with my second baby and want to breastfeed this time. I wanted to breastfeed with my first, but we had problems right away. My daughter didn’t latch on within 12 hours, so they gave her some formula. I feel like that was a mistake that led us down a path that doomed our breastfeeding relationship. She never did learn to latch on, and I pumped, but my supply was never great, so I stopped after about 5 weeks. How can we do better this time?

A: The quality of breastfeeding support you receive from your birth attendant and facility has lasting consequences, as you experienced. Though they cannot determine your success or failure – they are only part of your breastfeeding support team – they do have an out-sized influence.  They are professionals, after all, with education and experience beyond what most new mothers have. They also have behind them the authority of the medical establishment, which humbles even the most confident and informed health care consumer.

However, the American Centers for Disease Control (CDC) warn that these professionals are actually not doing a good job supporting breastfeeding.  According to their Maternity Practices in Infant Nutrition and Care (mPINC) Survey,

“A substantial proportion of facilities used maternity practices that are not evidence-based and known to interfere with breastfeeding. . .”

While hospitals are improving, according to the CDC’s Breastfeeding Report Card, they have not improved enough that you can simply trust your providers to do what best supports breastfeeding. Here are some questions to ask and answers to listen for.

–       Are you Baby Friendly?  This is a WHO/UNICEF accreditation that certifies that a facility meets its Ten Steps to Successful Breastfeeding. Currently, only 2.9% of U.S. births occur in facilities with full accreditation LINK https://www.babyfriendlyusa.org/find-facilities; that number is much higher in the UK, at 58% for England, 99% for Scotland, 100% for Northern Ireland, and 79% for Wales. https://www.unicef.org.uk/babyfriendly/what-is-baby-friendly/breastfeeding-in-the-uk/baby-friendly-statistics/, only about 22% of U.S. birthing facilities are officially Baby Friendly. Some facilities are unaccredited but making incremental changes to become more baby friendly.  Ask what yours is doing.

–       What are your rates of intervention in birth?  How often do you induce labor? Augment labor? Perform Cesarian-section? This question fundamentally asks, “How much do you trust a mother’s body?”  A provider’s degree of trust in the sufficiency of the body determines how quick he or she will be to find pathology and intervene, where another provider might see a variation of normal and not intervene. This has consequences for breastfeeding.

First, if a provider trusts the body to birth, he or she will be more likely to trust lactation.  For example, we see better rates of breastfeeding out of birth centers and almost universal — 99% – breastfeeding on The Farm, where 95% of births take place at home.

Second, interventions and use of medication in childbirth decrease the likelihood of establishing breastfeeding.  Additionally, birth trauma negatively affects the establishment of breastfeeding.

–       I want exclusive skin-to-skin bonding with baby for one full hour after birth. Will you support that?Breastfeeding within an hour of birth is one of the Ten Steps.  But present medical management, which routinely separates moms and newborns and performs procedures on baby before she has had her first feeding, often unwittingly hinders breastfeeding.  Please visit www.breastcrawl.org for a complete understanding of why, including a discussion of scientific research.  The following points are from that website.

This is what the first hour should look like:

–       Will you support exclusive breastfeeding and rooming in?  Common barriers to the establishment of breastfeeding include putting baby in a nursery and allowing her to suck on and take nutrition from something other than her mother’s breast. Well-meaning care providers may undermine breastfeeding in this way because of their belief that “mother needs rest.” While mothers do need rest, separating mom and baby is the wrong way to get it. At the most basic level, when a baby is separated from his mother, she cannot see his hunger cues. If she cannot see his hunger cues she cannot feed him, which stresses him out, which then stresses her out. Stay together, so that all the newborn’s drive to suck and to eat be directed at the mother’s breast.  Here are four more of the Ten Steps:

–       Are staff trained to help me with breastfeeding?  Picture this: when I gave birth to my daughter at the U.S. Naval Hospital San Diego years ago and requested help with breastfeeding, a young male sailor in uniform presented himself in my room with a thick manual opened to breastfeeding instruction. Not only could he not help us, we found ourselves worrying over this clearly uncomfortable young man. We asked for help again the next day, but it was Sunday, and the (as in single, only) lactation consultant worked weekdays. By the time my daughter and I were discharged Monday morning, she had not eaten anything, though it was not for lack of trying – though perhaps for lack of informedtrying. I had never seen anyone breastfeed, and I focused so much time preparing for the birth that I had not read even a brochure on breastfeeding. Things might have been very different for us had anyone been trained in breastfeeding. Two of the Ten Steps are concerned with staff training, from obstetricians to cleaning staff, which is associated with long-term breastfeeding rates.

–       What if I need help after we’re discharged?  Becoming a parent, especially for the first time, is an enormous adjustment. It’s common after giving birth in a hospital to feel especially unsure of yourself upon discharge.  Chances are good that you and baby will be cared for by a team of cheerful and efficient nurses, and then you will go home to a house that feels, in comparison, strangely quiet. Furthermore, home is “staffed” by two parents who aren’t at all sure of what they’re doing and don’t seem enough people to do it!  This lack of confidence and insufficient support at home contributes to the sharp decline in exclusive breastfeeding by three months.

Hospitals can and should do more to continue supporting families after discharge, while breastfeeding is still being established.  (This is one of the Ten Steps, too). Home visits by nurses; “warm lines” to trained breastfeeding support, and placing lactation consultants in close proximity to providers that families are expected to visit anyway are a few practices that could bridge the support gap between discharge and confident breastfeeding. 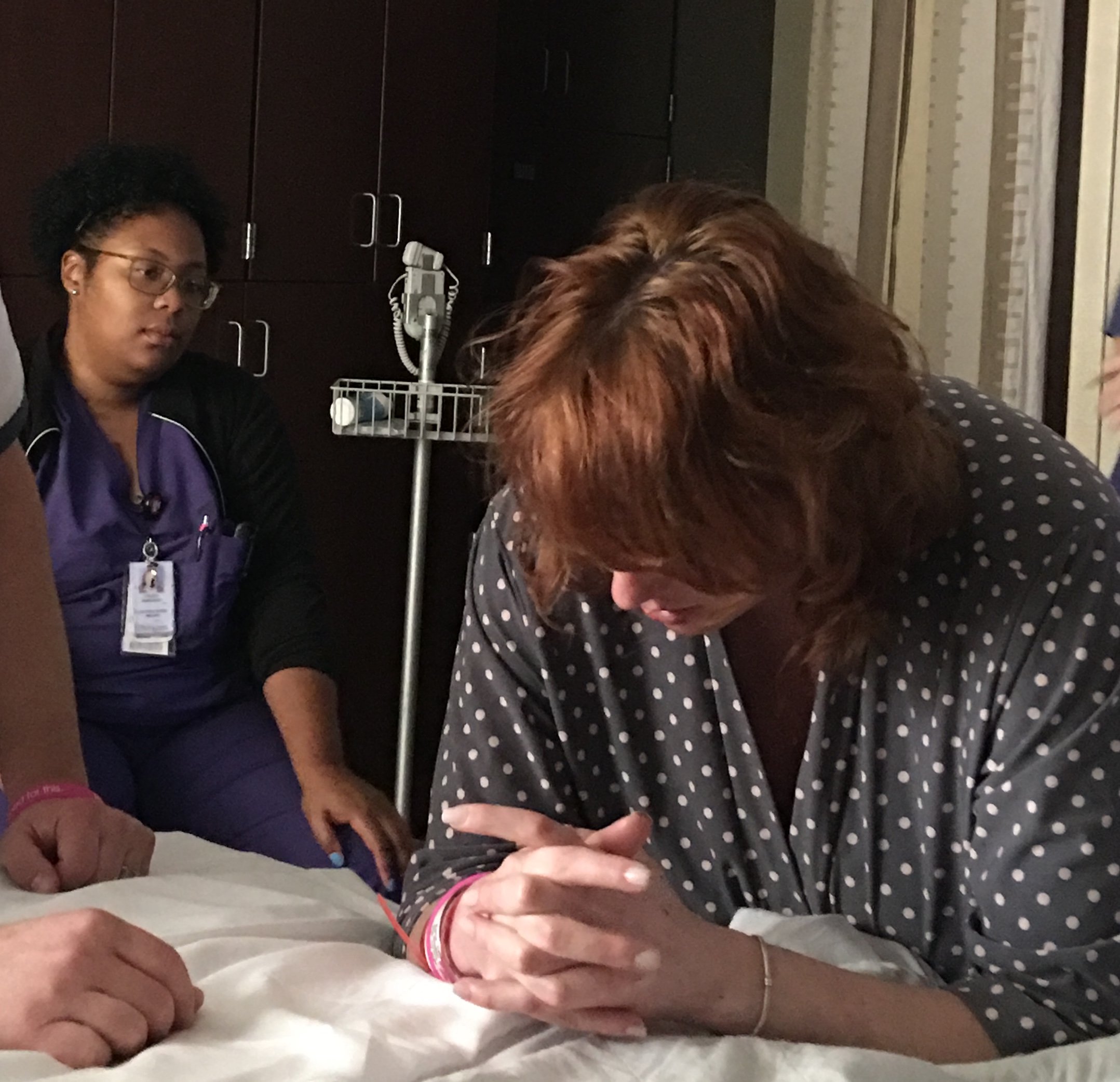 The Hospital That Does Birth Right