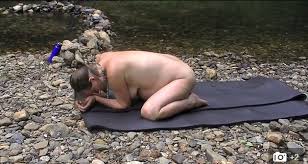 When Skeptics Attack: How to Not Argue About Birth Choices

Did you hear about the new reality show on Lifetime TV called Born in the Wild? It’s in production now. Mothers give birth in the woods, unattended by medical staff. Nurses and doctors are standing by if they are needed, but they do not intrude on the birth if they’re not.

It has aroused strong responses. Many commenters say that it’s irresponsible and unsafe to give birth that way. Others reply that planned out-of-hospital birth for low-risk women is just as safe, if not safer, than in-hospital birth.

They thrust facts and parry figures, but no one is convinced by the other side. I suspect that this is because a birthing woman’s sense of safety greatly impacts the progress of her birth, and some women feel more threatened by a hospital than they feel supported by it. In fact, historical texts on birth tell us that the safety debate – that is, how much medical interference in the birth process is beneficial – is not new. It has been going on for centuries.

If you are interested in out-of-hospital birth but find yourself surrounded by well-intentioned people saying you’re crazy, save yourself some trouble. The safety debate is unwinnable. Luckily there’s a better way.

I’ve been reading Jonathan Haidt’s Happiness Hypothesis, in which he talks about Moral Foundations Theory (MFT). MFT posits that there are a handful of psychological constructs that are the foundation of an individual’s “intuitive ethics.” They are:

Care/Harm: Concerns our sociability, attachment and dislike for the suffering of others.

Sanctity/Degradation: Concerns the psychology of disgust and contamination; underlies the idea that the body is a temple which can be desecrated or purified.

Based on innate traits and our experiences, we tend to align more closely with one side of the spectrum of the foundations in MFT. We then filter new information through the ethics we’ve already internalized. In this system, belief comes first. After our gut tells us what to believe about something, our minds then call on rational arguments to back up the judgments we make. This is called confabulation.

Check out this example of MFT in action from The Happiness Hypothesis:

. . .[M]oral judgment is like aesthetic judgment. When you see a painting, you usually know instantly and automatically whether you like it. If someone asks you to explain your judgment, you confabulate. You don’t really know why you think something is beautiful, but your interpreter module . . . is skilled at making up reasons [as research on split-brains demonstrates]. You search for a plausible reason for liking the painting, and you latch on to the first reason that makes sense (maybe something vague about color, or light, or the reflection of the painter in the clown’s shiny nose). Moral arguments are much the same: Two people feel strongly about an issue, their feelings come first, and their reasons are invented on the fly, to throw at each other. When you refute a person’s argument, does she generally change her mind and agree with you? Of course not, because the argument you defeated was not the cause of her position; it was made up after the judgment was already made (Haidt 23).

Applying MFT. The tenacity of people’s beliefs about birth in the face of conflicting evidence tells me that people do not have rational opinions about birth. Instead, we have intuitive ethics. You, for example: how do you feel about out-of-hospital birth? What does your gut tell you: thumbs up or thumbs down? Let’s go from there and see how a disagreement over your birth choices would play out if we applied MFT.

Get straight on your internal ethics. Look at the above foundations. My hunch is that if you align with subversion (over authority), sanctity (over degradation) and liberty (over oppression), you’ll support a woman’s choice to birth outside the hospital. Whereas if you align strongly with authority, you will support what the medical institution advises, which is birth in hospital.

Own your internal ethics. Tell your listener that your birth choices are in alignment with sincerely held values. Share what those values are, if you are inclined. You may also assure them that you have researched your choices and are persuaded that they are safe. Finally, you may remind them that no one is more invested in the health and safety of mother and baby than you are!

Respect their foundation. . .and their experience. They may align strongly with authority and tradition, and your going off-piste may make them very uncomfortable. Furthermore, there are those who did not know they “had a choice” about how to give birth and may feel, deep down, that it’s unfair (fairness/cheating foundation) that you seem to be making your own rules.

Finally, many people have been traumatized by a bad birth experience – their own, an intimate’s, or in the course of their work as a medical professional. As a consequence they have an irrational fear of birth that trumps any internal ethics.

Tell them that you respect where they’re coming from and respect their experience. Reiterate that your values and experience are leading you to make different choices.

Don’t try to convert them. In other words, if you want to avoid an argument, don’t argue!

Ultimately, there is nothing more persuasive than a person who believes in herself. Because you know your own mind, you are open and curious, not defensive. (You’ll know you are feeling defensive if your body tenses in any way – you frown, you hunch, you feel a knot in your stomach – and your voices raises in pitch).

Taking this approach may not win any battles, but it encourages respect. Respect doesn’t win wars, it dissolves them.

Ironically, this blog actually started as a rant. I was annoyed by the disrespectful, fear-mongering commentary about Born In the Wild. After a few drafts of venting, though, I realized that I did not want to contribute to the shouting. It’s counter-productive and counter to my nature. I am a bridge-builder at heart, and I am convinced that everyone wants the same goal: healthy mothers and babies. When we disagree on what the path to that goal looks like, using MFT can help us to disagree respectfully. In the end, that just may win us some converts!